Sake, also spelled saké, (IPA: /ˈsɑːkeɪ/ SAH-kay or American English /ˈsɑːki/ SAH-kee)also referred to as a Japanese rice wine, is made by fermenting rice that has been polished to remove the bran.

Unlike wine, in which alcohol (ethanol) is produced by fermenting sugar that is naturally present in fruit, typically grapes, sake is produced by a brewing process more akin to that of beer, where starch is converted into sugars which ferment into alcohol.

The brewing process for sake differs from the process for beer in that, for beer, the conversion from starch to sugar and from sugar to alcohol occurs in two distinct steps.

Like other rice wines, when sake is brewed, these conversions occur simultaneously. Furthermore, the alcohol content differs between sake, wine, and beer.

Wine generally contains 9%–16% ABV, while most beer contains 3%–9%, and undiluted sake contains 18%–20% (although this is often lowered to about 15% by diluting with water prior to bottling). 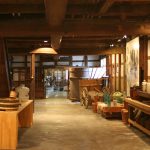 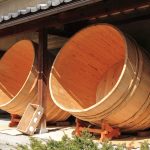 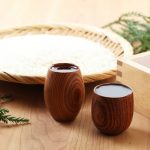